I arrived late to the gathering of the Aquarelmere club evening of 6 December. The theme was the illustration of a poem. All very well but first I wanted to build some kind of stand for painting with watercolor. I have been rather busy lately and I have been pondering about how to paint to paint with a stand, to avoid parallax problems. It had to be portable. Since I have been painting for several years with aquarelle blocks and all these years I saved the cardboard backing of these I have a considerable amount of these cardboards. With me, on this evenings session, I brought a roll of duck tape a Stanley knife and cardboard paper. The first thing I did was that I divided and cut the paper on the diagonal and then I made two middle pieces that I cut to size.

Inga noticed this was no ordinary activity. She got really curious about what I was doing. The artists tonight were Emmy, Inga, Petra, Ina, Hilde, Jelena, Hetty, Rita and me. 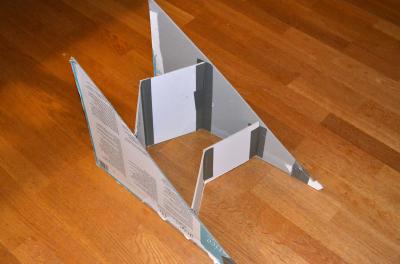 To make sure the paper would not slide down I made two hooks of a leftover cardboard strip. 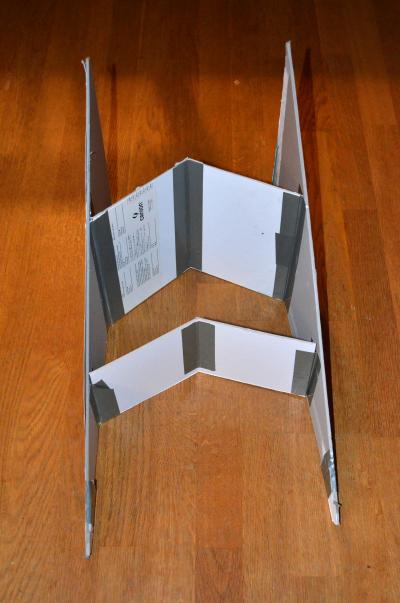 When I want to transport the contraption I can just push the sides to each other and put it in my bag.

We got a special painting-stand at aquarelmere. I think it is a remake of a stand for music notes. The issue with that is that it belongs to the club and I am painting at several locations. I will need a portable stand. Another aspect is slightly social because, for example, aquarelmere is gathering around a long table and if I were to use a special stand then I would be offside to the rest of the group, besides that, I like to have my stuff on a table because I can have all sorts of things there. 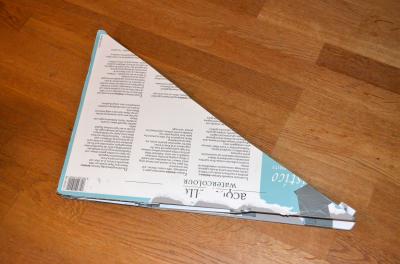 The theme, as I said, of this evening was to illustrate a poem. I was late and  I had used valuable time to build a stand so the theme had to be efficient. I searched and found a site called hellopoetry.com and there I found a poem from a user called Gracie. She had written a short efficient poem.

Dusk, You and I
If you were the setting Sun,
I would be the blushing sky
begging you to stay.

So that was it I literally painted her poem on the paper. It was feeling really odd to form letters with a brush. Normally I would just paint my name as a signature but here I was writing the entire poem. I decided to do that because otherwise, the poem would not be part of the painting. It would get lost. Now it is integrated into the painting. I decided on painting the poem with red and orange colors and I hoped that the rest of the painting would not nihilate the letters.

It went really well. The letters are there and you have to concentrate to see them. They are not obstructing the rest of the painting. I looked up several sunsets and painted the sunset on my newly created stand. I could see how the paint ran over the paper downwards.

It was liberating to paint the illustration to this poem. That made the painting more like art than if it was the representation of something I am seeing. Many times I am hooked up to that latter part. At the same time, I am often saying to myself that if you need a picture that just represents what you are seeing then it is easier to take a photo.

Yes, I loved this. This was nice. 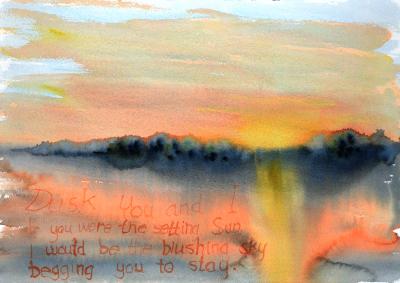 The evening was not over yet. I had some time left over! First I thought that it would be best to collect all my things but then I decided on working on a leftover from the day before when I was drawing Esmeralda. I had one of the first drawings of the Wednesday evening. That is when we are drawing three minutes or five minutes. I had made a drawing of her with the legs too short and then realized this and restarted and then the 3 minutes where over! 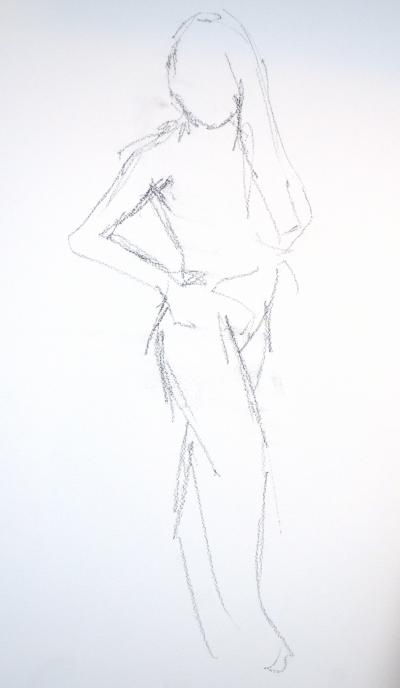 So I colored the drawing of Esmeralda. It was nice to give a drawing a second chance like this. It is a really good idea actually to combine the drawings of the model sessions with the aquarelle club the day after. In the future, I could even try to save room for later coloring. We will see how this develops. This time I did not do anything of that black dress. I had not drawn it too. Also here I departed a little from what I was seeing, the day before. 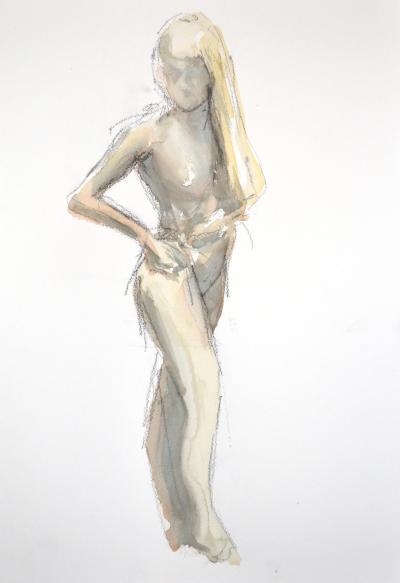 When I started blogging about this evening it occurred to me that I would like to send Gracie a note about her beautiful poem but to do that I had to become a member of hellopoetry.com so that is what I did.

(When posting the message to Gracie I got error messages so my message probably never reached Gracie. Either that or she received 5 messages?)

Accepted a bid for the old houseArshak Makichyan, a Russian climate activist.Elliot Connor the conservationistFionnuala 19 AprilPortrait of Patsy on 11 April 2020Showing who I am is resistanceMaddy Anne, 11 March 2020View over the Storsjön lake in Jämtland, Sweden on 5 March 2020Suzana 8 March 2020Deniz from IstanbulSam 1 March 2020Suzana 23 February 2020Hollands landscapeHelen 16 February 2020Still life under lamp