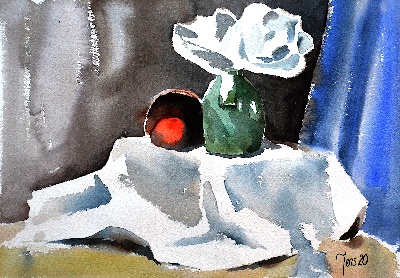 Tonight I went painting at the aquarelle club in the community center. I was late. This time I came home late from work. I cooked dinner, and then after dinner, I was supposed to go paint. I was so tired that I sat down on the couch for a while.

When my batteries were charged, figurately speaking, I gathered my strength and took off to the aquarelle club.

Already earlier in the afternoon, I had got the message that we were going to paint a still-life under a lamp. I was clueless about what that was supposed to mean.

When I arrived, the ladies had rigged a lamp pointing at a still life. They had dimmed the light in the room slightly, and I liked that a lot. Many were well underway, drawing the motive. New light gives new inspiration. It is challenging to paint a box on a table. They were all very concentrated on the work and had no time for small talk. We were working under complete silence. Not even a little bit of music in the background. 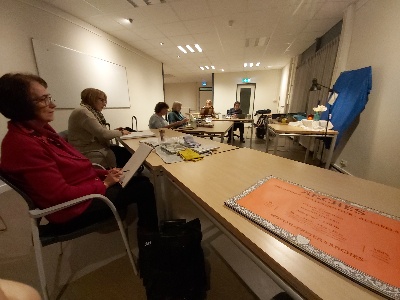 The artists today were Jelena, Rita, Inga, Hetty, Hanneke, Petra, and me. 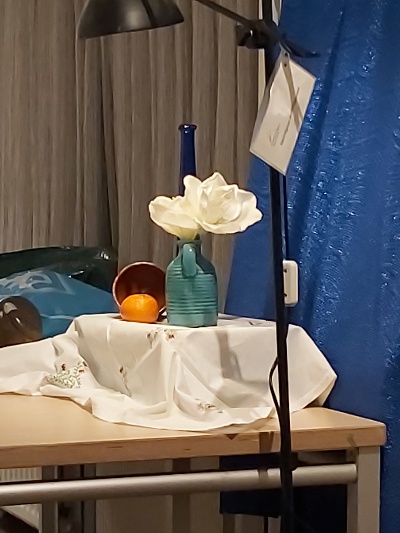 I decided early on that I like the contrast of the cloth with the background. The tall blue vase in the background was not so important because it would stick out from the rest of the composition, and make the other objects much smaller, so I decided to forget it. From my position, I had the lamp almost in front of the motive, but I decided that I could forget that too.

The flower was not a real flower, so it is not having a real Latin name.

The innovative lighting inspired me. I liked this session. We had similar sessions with still life, and those times I didn’t deliver as well as I did this time.

While my first layer was still drying, I went around and helped some other artists. I have been holding workshops in perspective for this group, so they sometimes let me help them with that.

If you consider that the previous photo is often what people are seeing. Then very often, this is what they are drawing, see next photo. 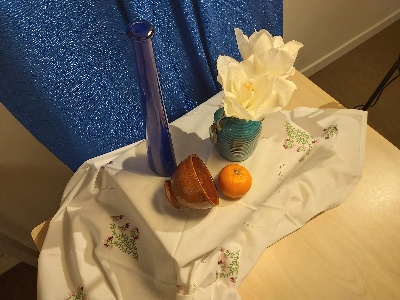 Sometimes only some of the objects are drawn from this angle, and then others are from the previous photo as a way of speaking. When I talk about this inconsequence in someones drawing, I often get a complete surprise reaction. When that is the case, it is not much of a point to keep hacking. Then it is better to widen up the ideas a little bit, but leave it at that.

It would be absolutely fantastic to figure out something to say so that a person could open up the “seeing” instantly. This time I tried with taking these photos here and show how the photo compared to the drawing. I have to think about this a bit further, clearly no answers to this mystery tonight.

We had a break in the middle of the evening. Rita had brought candy because it was her birthday. The first layer of my painting could continue to dry. Jelena was back from sickness. She was feeling better now.

I noticed that the motive is fairly small on the paper for some of the artists. For me, there is one inch or two centimeters to the flower from the top of the paper. On the left and the right side, there is a little more until the cloth. The others were reserving one third for the space around the motive, and then the motive was one third. That way, if you have a smaller paper, the motive is really really tiny on the paper. How you position the motive on the paper is a matter of how well you use the things you have at hand. It is an attitude almost. “Now, I bought this expensive paper, so now I will use it to the fullest.” “Now, I arrived at the aquarelle club, so now I use my time in the best way possible.” 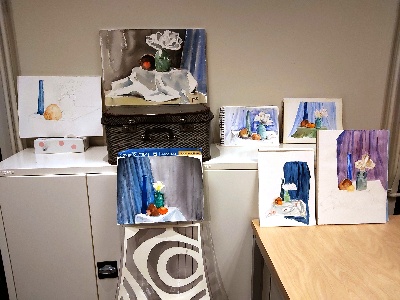 We don’t have any teachers in this group. That is why I call it the aquarelle club. We learn from each other by looking and talking about what we are doing. At the end of the evening, we put the work for view, and we chat a little bit about the result of each other. It is important to give a comment graciously so that it feels good for all of us.

You can see different strategies with the tall blue vase. I left it out while some others made it much smaller. It is time-consuming to sketch a motive like this. Then after that, start painting. It can very well happen that some get stuck in shuffling colored water around. If I knew something to say to lift up the others, then I would love to say it.

I recently talked about the importance of having shorter learning cycles. When finishing a painting in an evening makes it possible to start learning next time from scratch. If one is dragging out and hesitating about the painting, then the moments of reflection about what went well and what went wrong comes more seldom.

It was a great evening! 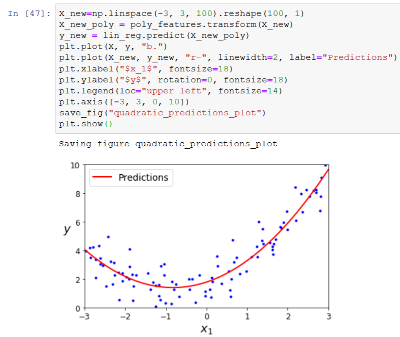