Federika next to a pillar 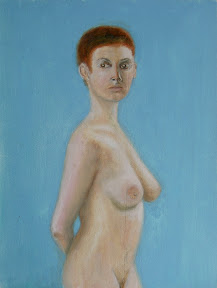 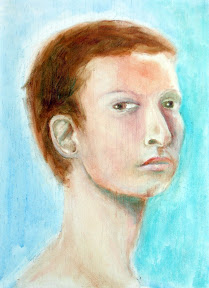 Federika was standing next to a pillar holding the pillar with her hands. One hand behind her back and the other on her side but that hand I could not see. I decided to avoid painting the pillar all together because I could see only very little of it. She was slender. First I was painting her breasts bigger but they became too big and then I made them smaller and the reality is maybe something in between. This model was very brave and patient to be standing for hours. I did not manage to capture her face properly but somehow I managed to paint a nice face so I am fine with that.

The new thing with this painting is that here I am working on making surfaces transition into one another in a smooth way. There are no gaps between surfaces where the background is shining through. It sound like a small step but it is a huge step in making the paintings look nicer.

I noted the name of the model but not when it was made but it was April or May 2011.

The painting of Federika standing was finished in two sessions. I was quite happy with the result so I only had the feeling that if I was about to do anything more with it then I would just destroy it so I decided to use the last session to paint a portrait of Federika.

The portrait did not fulfill my wishes at all. The neck is too long etc. It was really disappointing to first make something that I was really proud of and then the next week I could not live up to my own ambition. The comments I got of this portrait is that she looks “male” on it. Hmm… Disturbing. Federika is the least male I can think of. I hope she will come back an pose at De Stoker because I would like to make a portrait of her that I can be proud of. 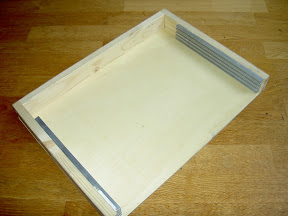 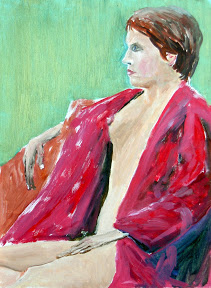 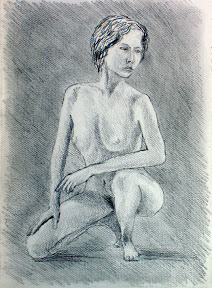 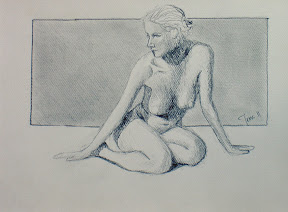 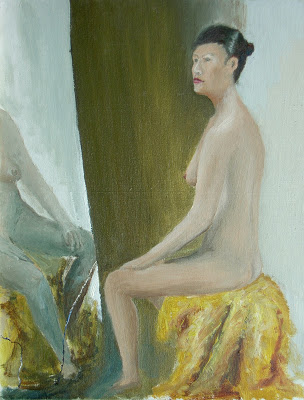 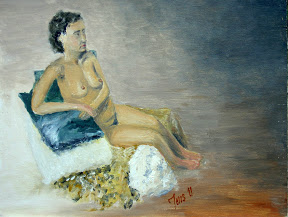 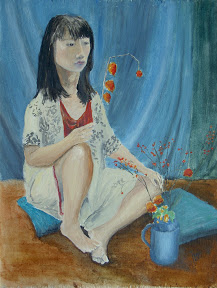 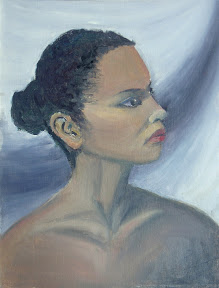 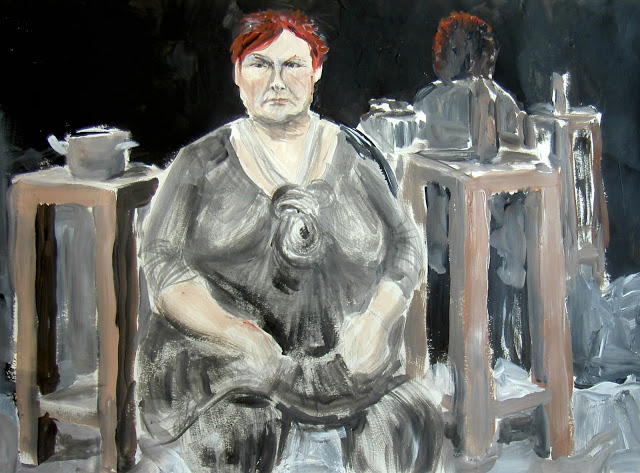 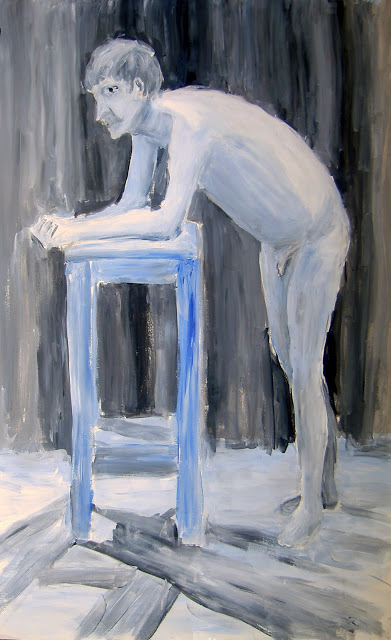 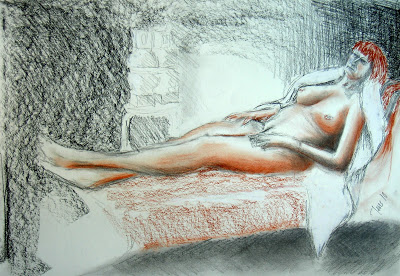 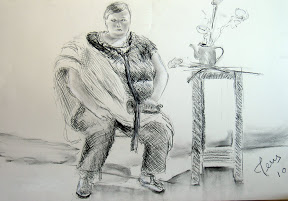 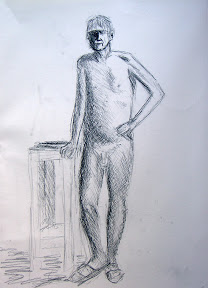