Shiny cloth with a romantic rose 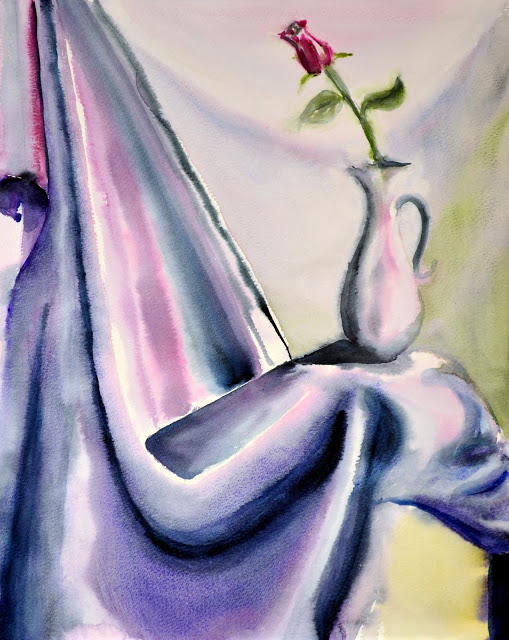 On 8 March we had a theme evening about painting various forms of fabrics at Aquarelmere. The Aquarelmere club is gathering in a community center in a large room and in the middle of the room all kinds of fabrics where arranged over different objects.

I decided to paint just a small fraction of this sea of textures. A good start of all paintings is to have a look at the composition.

My attention was attracted by a little platform, probably just a regular box of some kind. It had nothing standing on it. The fabrics over this box was shiny and the overall look was “romantic” in some way. Was it not that there was absolutely nothing standing on the platform to be romantic about then this part of all the fabric scenery became my favorite.

Most of the time I paint what I see and very seldom I make up things. This time this was not the right thing to do because the little platform was feeling incomplete without an object. So for this reason I had to push myself out of the comfort zone and make up an object. Romantic means flowers and obviously red roses so it had to be a rose. So a red rose in a vase. It is not so that I can just snap my fingers and then there is a rose standing there in a vase and even if I could the other painters had already started so I could not just move around things without protests from the others so all this had to happen in my mind for my inner eye.

So while I was on the imaginative route I also made up the background because I was not really into painting a colleague of Aquarelmere in the background so this became some kind of hanging cloth like I have be painting at de Stoker several times but this time in aquarelle technique. 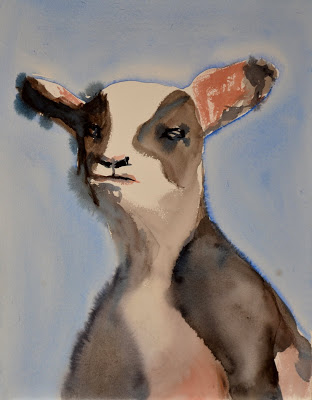 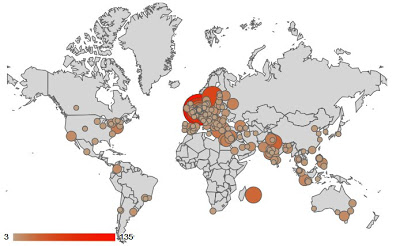 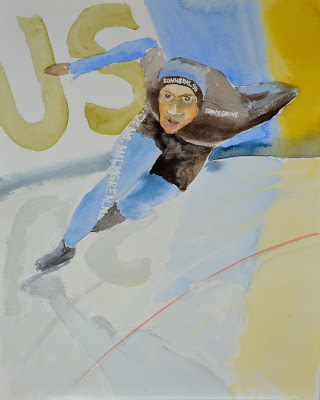 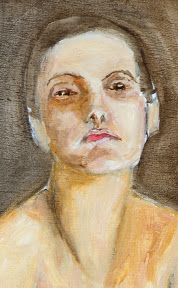 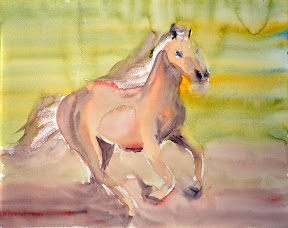 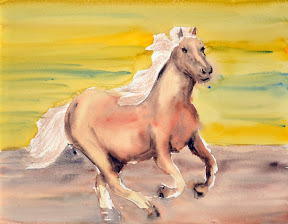 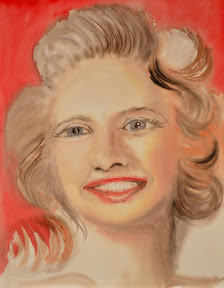 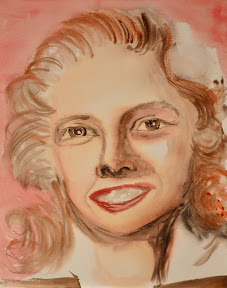 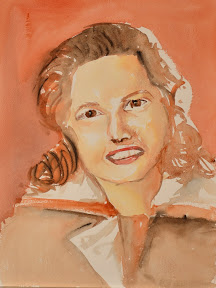 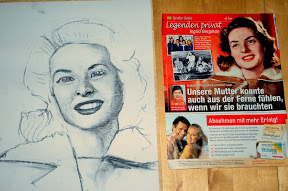 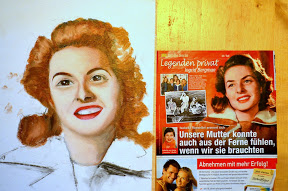 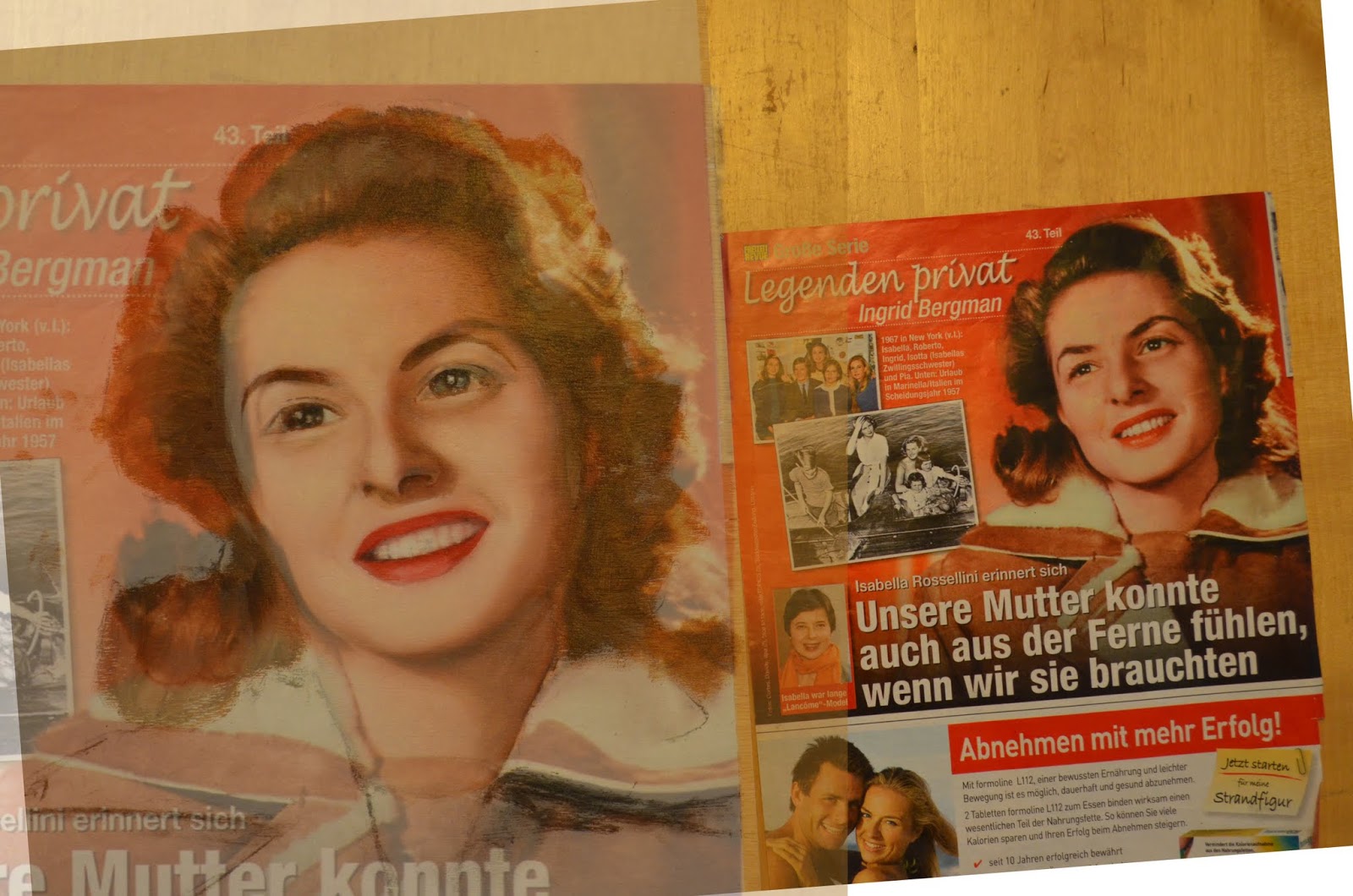 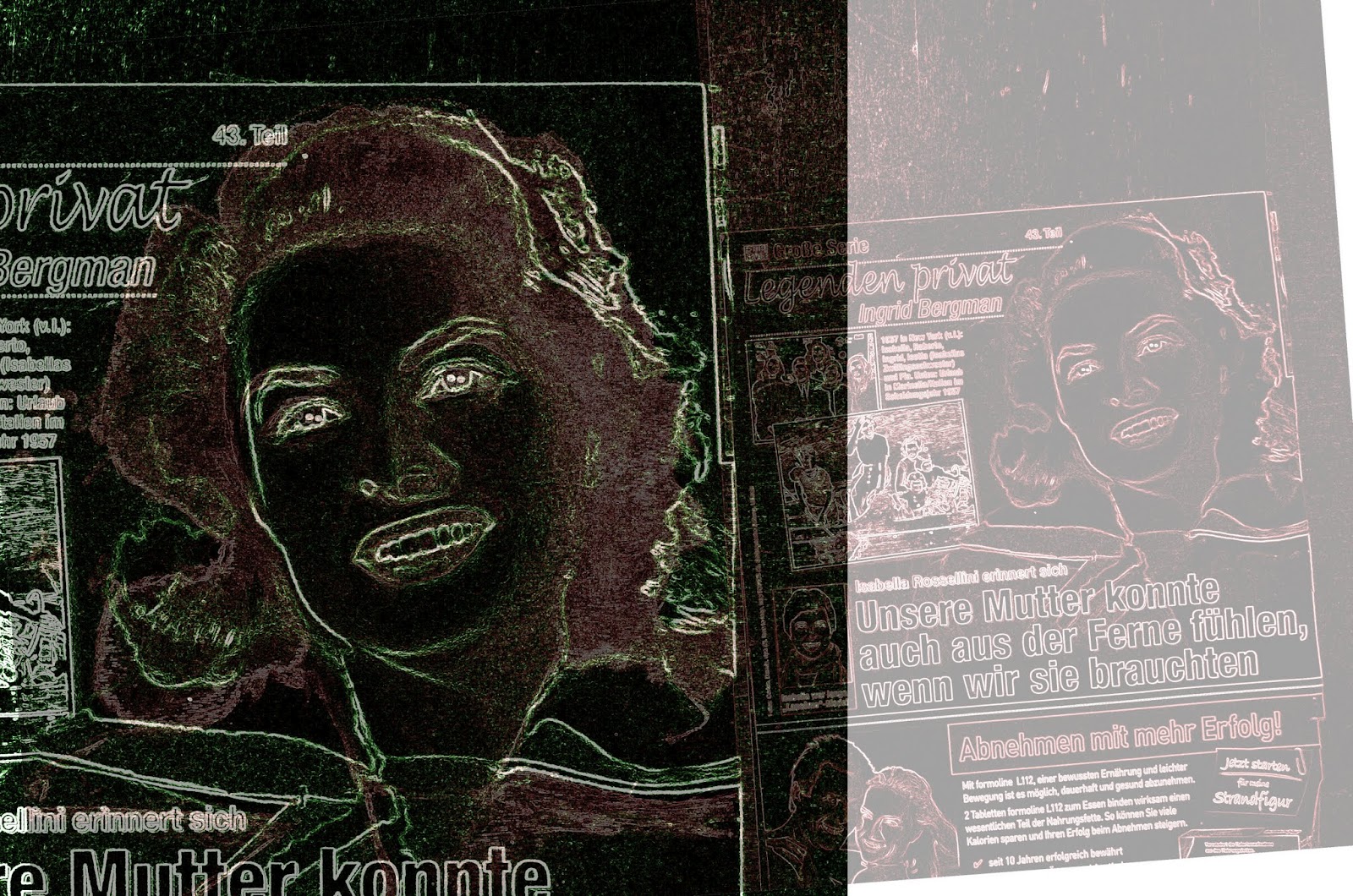 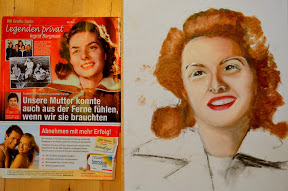