Waiting for the planning 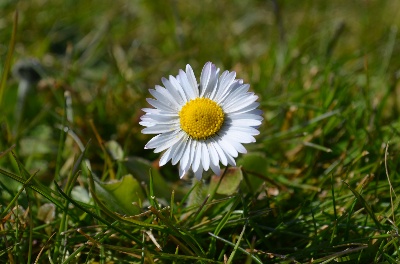 Here is a blog running over several days. Tomorrow is one month since I canceled my first appointment due to corona. One month ago, Sunday 8 March, I was painting Suzana, and it did not feel right. I had the feeling at that time that I was exposing myself to the risk of getting Corona when I went to paint Suzana.

I was supposed to go to an evening event in Amsterdam on Tuesday the following week, 10 March, playing Swedish folk music to a group of dancers. I did not go because I did not want to be on the train.

The day after, people at work were sent home to work from home. I went to work on Thursday that week only to wrap things up and also go and work from home. No painting at the aquarelle club that Thursday evening. There were some others in the Aquarelle group trying, but the community center was shut. The following Sunday, I did not go to Amsterdam painting live model either.

At the time, I did not realize that 8 March 2020 would be my final live painting session in the sense that corona has made that activity to shut down. Not only that, but the building of my house also has taken off. It is a bit unclear when I will be back painting live model sessions in Amsterdam regularly, but it can be one or two years from now.

My first painting at de Stoker was made in 2009, https://www.malmgren.nl/post/The-first-nude-model-session-ever. The first year I went to the studio a couple of times. I believe that with season 2010, it was the first season I went as much as possible. It means I have been painting models at de Stoker for eleven years. If my predictions are correct, I will need to work on my house on Sundays next season. If that is the case, indeed, an era has come to an end.

I have committed myself to paint portraits for the climate essays book by Grace Maddrell, and I like that very much, so I am working on that on and off. I started on a portrait of Patsy yesterday and planned to finish it this evening, but the house intercepted that.

Right now, I am healthy, my parents are healthy, and my parents in law are healthy. We are incredibly lucky. It also has a little bit to do with that I canceled the birthday party on 7 April. That sent a signal into the family at an early stage that this disease was dangerous.

I have had my ups and downs this month. It has been tough, but we managed. That is more than you can say about many others. My wife told me it was nice that I had arranged the Internet so well for us that we could work from home. That, combined with that, we both got work we can do from home. That is also a luxury. I never thought of it that way before.

We have been walking a lot to stay fit, doing walks during the lunch breaks. We will continue to do that. I have been to the office to water plants, and the plants look all fine. At work, we got Ficus tree, Anthericum (Called Graslelie in Dutch), Loads of Sansevieria, and Begonia “Oldemor.”

Tomorrow evening I will need to work on the painting. 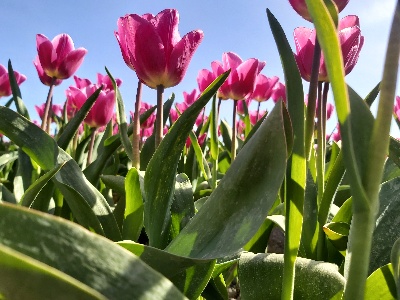 It was a sunny day again, and we worked from home as we do these days, and we had a lunch walk in the neighborhood. In the evening, I continued on the portrait of Patsy, but I did not finish the painting.

Not all things with the house have been excellent lately. The road builders have been driving heavy vehicles on my ground. I have been upset about this. I already blogged about that, but the road builders went on for another day. After I wrote that blog, I talked to future neighbors, and two of them submitted a formal complaint. Two others did not do that. I don’t know why. I estimate that there is damage to at least seven or eight plots along the road. Well, I did what I could to help out, and I cannot do more. It is frustrating to know that in a couple of months, people will realize that the damage is permanent unless there something is done about it. The thing is that already next week, the builder will come and assess the damage but only for people submitting a formal complaint. So this frustrates me.

Then we have the question of what will be done about the issue. There is some kind of machine that can decompress the ground. I hope it will not destroy all the organisms in the process.

Yesterday we went to the plot to water the plants and look after the barrier tape. All was in place. A couple of future neighbors came by Mr. HK and his wife. They had planned to stay at their plot overnight. The day after, this morning, they sent an image of the sun rising at the plot. It looked beautiful! 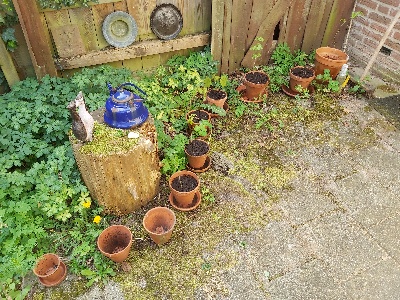 Another thing that happened yesterday was that I finished the painting of Patsy. It was a lovely painting. I published a blog about it, and I tweeted about it as well. The entire Sunday, every couple of minutes, there came likes from her followers.

It was a beautiful day. During the lunch walks, I have been collecting tree shoots. When I came home, I placed the trees in a bucket of water. Today was the moment to plant them in pots. It surprised me how many planting pots I had gathered over the years with rests of failed planting projects in them. We will plant these at the plot when the time is right. Right now, we have the hope that the damage to the ground will be fixed somehow, and in that scenario, it is not handy to start planting things. Then we do it like this instead.

I have not figured out exactly what trees I collected. I will look into that later. 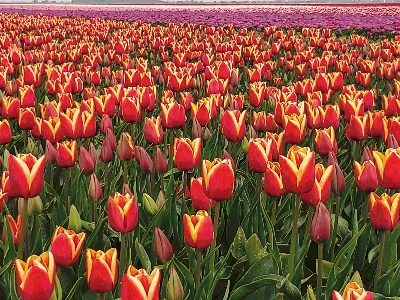 Today we had a meeting with the road-building company at the site. We met up with a couple of neighbors and had a chat with a representative of the company, Knipscheer Infrastructure BV. He was not willing to accept that the tracks from the digger would cause any substantial damage. The deep tracks from the sand truck, though, were eligible for repair actions.

On beforehand, we had talked to the farmer using this land before us en he had told us that a caterpillar digger machine would compact the ground considerably.

We told this to the road-building representative, but he was not willing to give in on this. Here arose a pointless yes versus no discussion.

Then we came to discuss the kind of action to take to repair the damage. On the one hand, Knipscheer could use a cultivator, but the ground was to dry for using that machine. It sounded like they could only use that in the autumn after a more extended period of wet weather. They could also use a garden tiller machine after a little rain. The garden tiller machine is fluffing up only the surface while the cultivator goes deeper into the ground. The farmer had recommended the cultivator.

The representative was stubborn in his position and gave us not many other options. He recommended that we make use of a repair method that we could apply as soon as possible instead of coming back in the autumn. I preferred this option because that way, I could get him to leave my land as quickly as possible. We want to start the activities on the ground and do not want to be locked up in what we can do or not because of the repair activities of Knipscheer Infrastructuur BV.

Because of this, we agreed on the tiller machine, against the recommendation of the farmer. My heart cried. I could picture myself digging out the tracks by hand later when I discover that it is not growing so well where the truck has been driving. I can also imagine that the tiller machine is destroying some of the life in the ground, that it will take time to get that restored. I hate that the best choice is the worst choice. It is against nature.

Thursday evening, I started working on the portrait of Fionnuala. I just managed to begin with her painting.

We still do not have the planning from the house builder. For my inner eye, I can see my patience pour away in an hourglass. I called them and they kind of promised to produce the planning the next week.

On Friday evening, I continued on the portrait of Fionnuala. She got a smile; I can tell you! Also, on Saturday evening, I kept on painting Fionnuala. My wife used our dinner table to sew, and we don’t have so much space in the house that I can paint, and she can sew at the same time. She got to use the dinner table over the day so that I could use it for the portrait in the evening. I finished the painting Saturday. 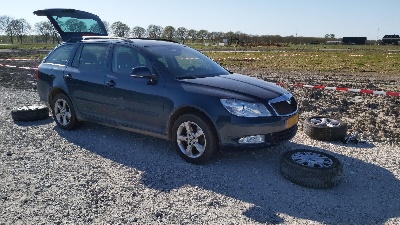 A sunny day in April. I blogged about the painting of Fionnuala while my wife and daughter were sewing at the dinner table. When that was done, I went to the plot to give the plants some water. I realized this is a sort of excuse to get there. I walked around the barrier tape and fixed it at some places. I love being at the plot, although there is nothing to see there. Today I brought with me the summer tires and switched from winter to summer tires at the gravel road outside my plot. It will feel different when I can drive to the location of the future house.

Mr. AA and his father were building. They were laying out the foundation for the house, that is so cool. For the rest, there were no other people around, that was fantastic.

Here below, are portraits of the trees that I found during our lunch walks with their names in English Dutch and Swedish.

I considered making signs for the trees, but I refrain from doing that. Instead, I will blog about them. I hope they will be beautiful in the new garden.