Today I start on a new category on the blog: paper cuttings. This was something that I was doing 2005 and 2006. These days I don’t have much time for this but this is great fun so I will start blog about these paper cuttings.

I call these octagonal paper cuttings because you fold a square paper in such way that you get an octagonal, a shape with eight sides – octagon.

Here is a sample of a spirograph like paper cutting. I used regular square origami paper that you can buy in many art supply shops. This paper is often colored in bright colors. It is better with thin paper because then it easier to make complex shapes. It is also handy to use really sharp scissors. It is good to have scissors that don’t have sharp edges in the handles because when cutting for a long time you will not notice that it will hurt if the scissors aren’t comfortable.

After a while I had many paper cuttings and to be able to enjoy them all I placed them behind glass in a frame. That frame came with a sheet of paper to act as a cheap passé partout. One side of this was black and the other was white. First I had the white background but then I used the black background. At some point there were so many cuttings that I had cuttings overlapping each other in the frame.

I had this picture hanging in my living room and I studied the appearance and one day the picture gave me a surprise, I perceived depth in the picture! There is no depth in paper cuttings so this was odd. Warm colored paper cuttings appeared nearer to me and cold colors further away. This was a special moment for me; it came suddenly and without any warning. I experimented with this for a while. I placed warm colored behind cold colored but still they appeared nearer. Then I turned this around and placed warm colored cuttings in front and cold colored cuttings behind and then the impression became stronger. This would not happen so much with a white background but it was more visible with a black background. I tried to make cutting images using this technique but that was not successful.

I found articles on Internet confirming this phenomenon with cold and warm colors. Good for me, it was not only me imagining this. Also this is in line with the atmospheric perspective: “Use warm colors near to the viewer and colder grayish colors towards the horizon”.

The challenge with these cuttings is that it is so surprising what comes out when you unfold the paper. Even if you follow a pattern from someone else the end result often comes out completely different than intended. After a while you will notice that the angle a “line” has when it reach a side of the folded paper it will come out on the other side with opposite angle. If you for example want to make a line continue around a fold, two lines need to approach the edge with the same but opposite angles.

This is how the square paper should be folded:

1. Fold the square paper over the middle, A to B:

2. Fold the folded paper again over the middle to create a square, A to B:

3. Fold diagonally and then fold A back according to the dotted line:

4. This is the basic form of the paper cutting:

5. Many time the top triangle has been cut off:

6. This is how the paper looks like if it was unfolded like this, an 8 sides shape octagonal:

The octagonal paper cutting at the top of this post is made out of this pattern:

Fold a square paper like being described here above and then draw this pattern on the folded paper and then when it has been cut out it will unfold almost like the cutting at the top of this post. 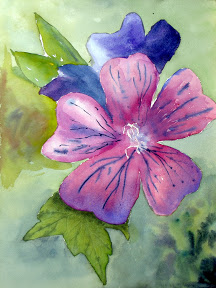 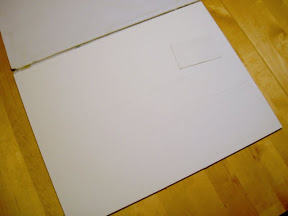 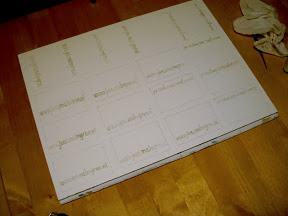 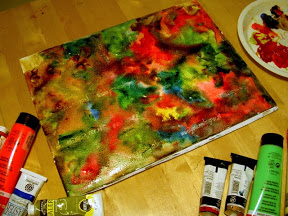 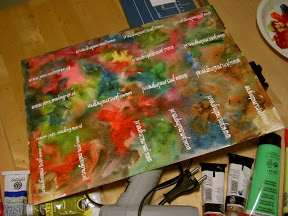 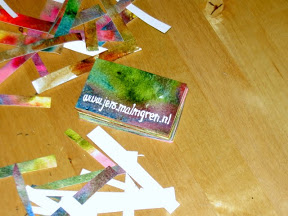 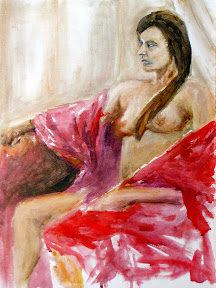 Eight pentagrams in a circle around an octagonal star