This week we were social, and besides that, we took contact with a real estate agent. 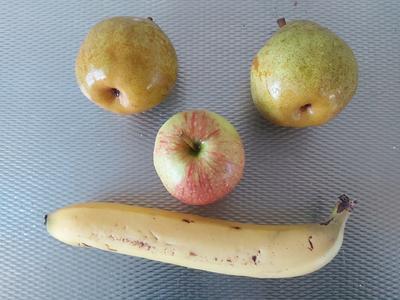 On Monday morning, my brain was still full of music. It had been a lovely music weekend. Now I have to nourish the legacy; that is all. The tunes were great; I will practice them from time to time.

We are sleeping most of the time in the new house, we have not slept in the old house for two weeks now. Here I am making a smoothy for breakfast. The fruit is lying on the second-hand kitchen sink. It is a small thing of everyday life, but they are significant in the sence that we are transitioning into a new life. 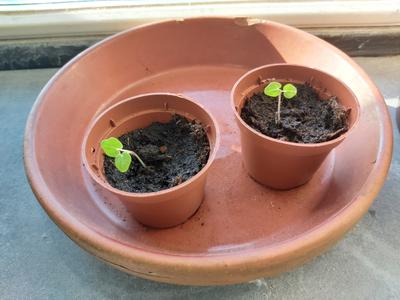 I got two Malva Sylvestris sprouted! I picked them up carefully from the pot we got in the fridge. I was afraid I would destroy the roots, so I was meticulous. They seem to have an excellent time here. 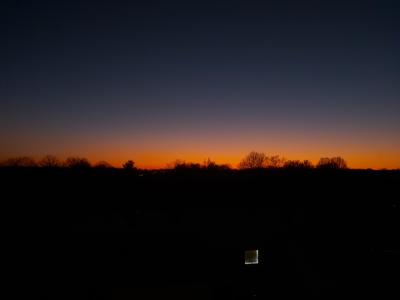 After work, we went to the old house to look how the paint job had turned out. We decided that this was good enough. The perfectionist in me is not satisfied; this is how far we got on this wall. 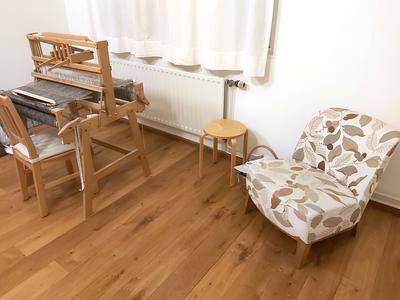 A tiny little part is ready for sale. Now we just need to prepare all other rooms. 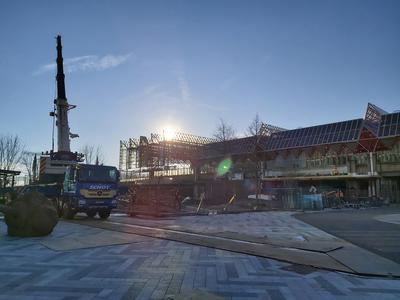 It is Tuesday, and I am on the bus on the way to work. It is a bit chilly, but the sun is available in abundance. On the bus, mask use is still compulsory. I had an intense desire to blog on the bus. I even tried to bring with me my blog laptop, but I couldn't get it in the bag, so I abandoned that plan. Then I tried to bring the portable keyboard with me, but this bus got no trays, so I had to abandon that plan. Now I am typing with the onscreen keyboard. I thought I could blog a little while commuting, but it is challenging on a bus.

It will take some time to get used to being among people. I walked from the bus to the office and had a productive day. One and a half-hour after walking to the bus, I could sit down at my desk at work. If I worked from home, that had been 30 seconds.

At the office, we played radio recently decided I could not stand it with commercials on the radio. I introduced a commercial-free alternative at work, and I hope my colleagues can cope with this change. The radio commercials in the Netherlands are full-on screaming. It is overly aggressive. If we had not had climate change, it would not bother me if someone every half hour loudly started screaming to me that I had to go to the shop and buy a specific product. Now, as it stands, radio commercials have a depressing effect on me. They represent the illusion of an ever-growing GDP, gross domestic product.

After work, I took the bus back home again.

Now I am on the bus. This time I tried using the foldable keyboard. Yeah! I reckon this will not be something I will do many times. 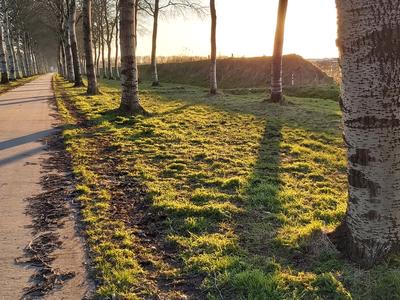 It has been such nice weather lately. It is dry, so we will need to water plants, but it is epic winter weather for now. Somehow the nice weather has got stuck, no wind, no rain. There has come some water at some point; otherwise, this is the beginning of a drought. 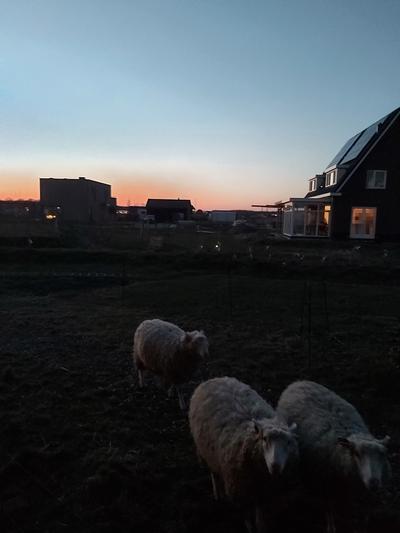 When I came home, I moved the sheep fence a little bit to give them more fresh grass to eat.

I also finshed last weeks blogpost. It had many sound files, so that took some extra time to figure out. The sound files are recorded with my phone, which is not the best quality, but it is good enough to remember the tunes.

Today I work half a day in the office. My wife had the entire day off and went to the old house to prepare for selling it. After lunch, I also went to the old house, and we worked together on fixing things. Not for long because we would get the wood chips delivered today. The time of delivery was a bit uncertain, though. 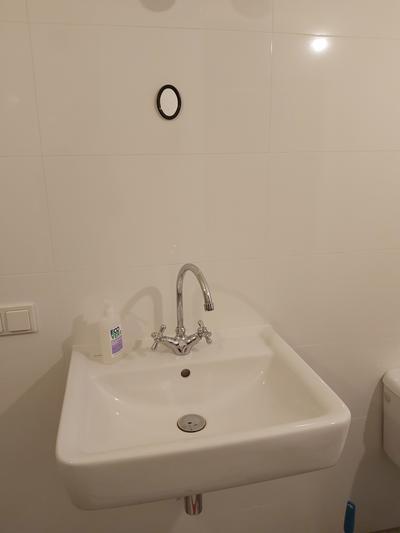 Today the weather was absolutely excellent again. Again again. It is so excellent it is suspicious. Perhaps this could be connected to one specific climate change aspect: the weather is getting stuck, and I do think we don't notice if that stuck weather is absolutely adorable. If it is raining for one month in a row, it is evident that we will notice. On the other hand, if it is sunny at the end of the winter, we are not that alert to realize that now we are actually at the beginning of a drought. I recall the summer of 1995 when I arrived in the Netherlands; I still had a relatively recent Swedish pop song hit in my memory, "De var fint väder" of the Swedish group Latin Kings. "De var fint vääääääääääääder, haha".

De var fint väääääääääder. The group brought out this album in 1994 and the year after I emigrated to the Netherlands, and that summer, it was the first time I could feel the effect of climate change. It was lovely weather the whole summer of 1995. Every time my wife and I got outside I spontaneously sang "Det var fint väääääääääääääääder" (It was niiiiiiiiiiiiiiiiiiiiiiiice weather). This annoyed my wife so much that she asked me to stop singing that. That was when I started to reflect on how often I actually sang this and why. My urge to sing the hit of The Latin Kings was totally spontaneous, but the weather was not spontaneous; it was stuck. I am not a meteorologist, so I cannot go to my statistics and indeed show that "oh yeah, this is an unusual series of temperatures," but when my wife signaled that this is a little too many times, I knew that SOMETHING IS WRONG WITH THE CLIMATE!!!

My interest started to find out how this came to be, and slowly I got to know more and more. Then Greta became a phenomenon, and we started eating more vegetarian food, shopping less clothing, shopping second-hand, less traveling, etc.

I worked from home. It was nice, I could concentrate, and I was productive. Commuting to work took 30 seconds. An excellent thing for the planet when I work from home.

Today we got a buzzard that visited us. That made me really happy. I feared the buzzard bird would not come to us anymore when there are so many houses, and indeed they have been absent for a long time but that they are here now is fantastic. It went on for a while, hunting for rodents. 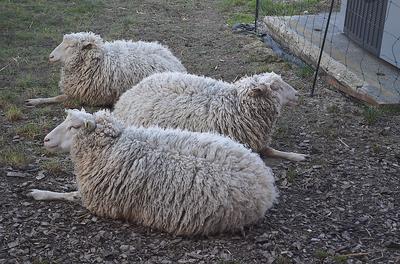 Our sheep were lying outside the kitchen window. I managed to open the window without them noticing it and then take a photo. This is a typical sheep formation. They are always lying so that the whole group has eyes in all directions.

Today we made contact with an estate agent. We arranged a meeting at our old house to discuss selling that house.

This was a genuinely social day. An extroverts convention. We started the day by working on the new house. My wife plastered the washing room ceiling, and I painted the remaining parts of the windows.

I discovered that the scaffold planks that bounced against the wall during storm Eunice on 18 February had left ugly marks. These marks got paint, so it became nice and smooth again.

At noon we got an impromptu visit from a friend. We were just about to eat lunch, and she ate with us. We talked about all the things that happened during corona while we could not see each other.

After lunch, we went to our old house. We started the washing machine, dressed up, and then continued to the uncle's birthday party. We met other family members we had not seen for a long time. Again, we caught up with all the things that happened during corona.

My mother-in-law gave us a summer lilac bush. That is something I really appreciate. We also got ceramic pots and two pots of Galanthus nivalis or common snowdrops.

Then we drove home, first to our old home where we picked up the washed but wet clothing. Then we continued to our new house. We asked our son to hang the clothing to dry, and my wife and I continued to our third party for today.

Luckily, that was on the same street as our new house, so that was easy. On Sunday morning, we walked home in the pitch dark in the middle of the night. My wife said I did not walk precisely straight. Walking precisely straight is overrated, especially when it is absolutely black and no one can see you. 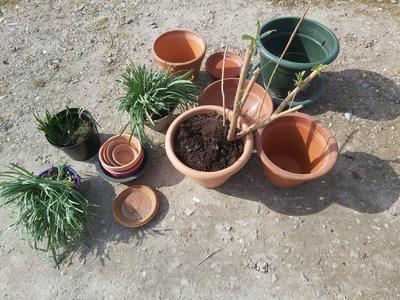 I hope we did not pick up any germs when seeing so many people yesterday.

We had a slow morning. When we woke up for real, it felt as if half of the day had already passed by. It was lovely weather. Again. I inspected the presents we got from my mother-in-law. DW took the Ramsons and the common snowdrops, and I took the other pot of common snowdrops and the summer lilac bush. I planted these in the flower garden. 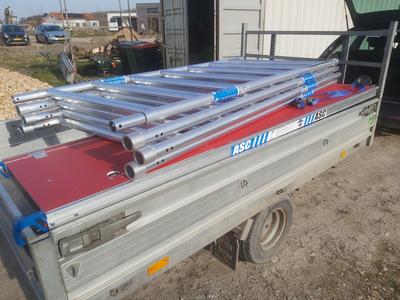 When that was done, we went to neighbors and borrowed a scaffold. But, hey Jens, are you not pushing this scaffold fetishism too far? Don't you have enough scaffold material already? That is true, but this time it was DW that wanted to try out an alternative scaffold. The neighbors could be helped with storing the scaffold at another place until they need it. Then they get it back. Luckily.

I worked on the ventilation inlet of our house. It needs a triangular piece that prevents moisture from getting in behind the inlet. The triangle was cut and painted. I painted it with several layers, letting it dry in between. 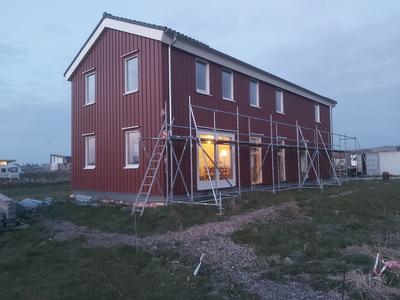 The rest of the afternoon, I took down the top part of the outdoor scaffold. DS helped me with that. I am looking forward to the entire scaffold being removed. It is not so we can put the scaffold away because we will need to build it on the north side again. That is a project for another day. At the front of the house, it will look like it is all finished, and I like that feeling. 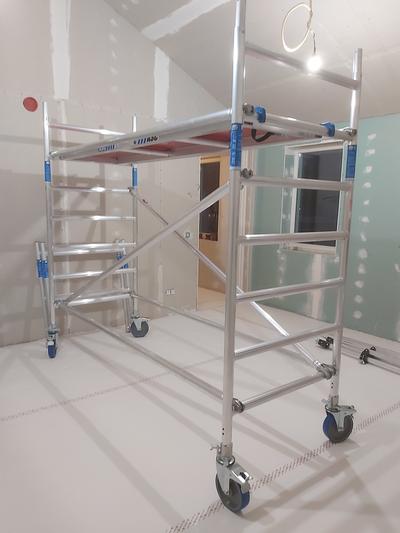 I put up the borrowed aluminum scaffold in the hobby room in the evening; we need to get to the ceiling. It is shiny, with no single stain on it. 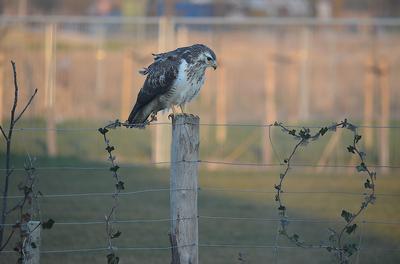 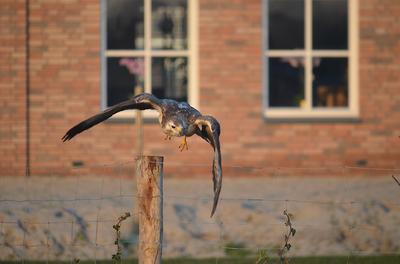 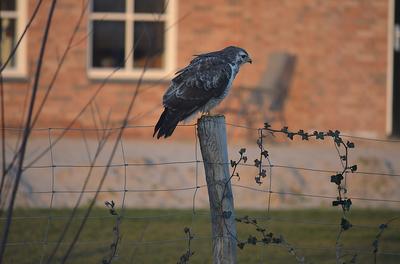 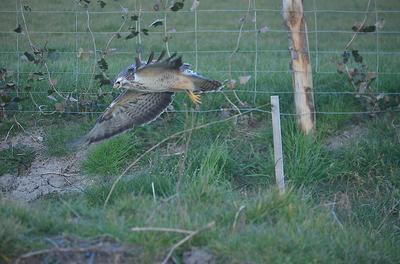 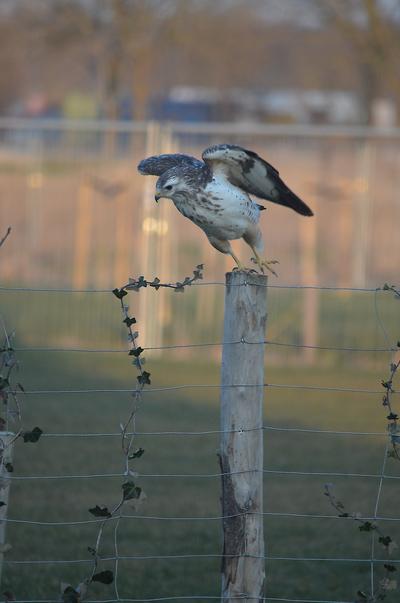 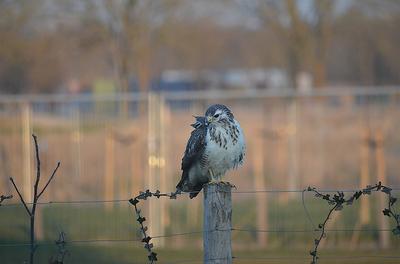