We put up 50 meters of permanent sheep fence this week, and I started plastering in the kitchen.

This was a regular work-from-home day. After work, I started moving the sheep to a new area. The new area starts at the north side of the house, stretching out to the dyke where it splits off in both the west and east direction. I finished the last parts of the fence at the last rays of light. The temporary fence ends 20 meters before the poles of the future permanent fencing we worked on last weekend. 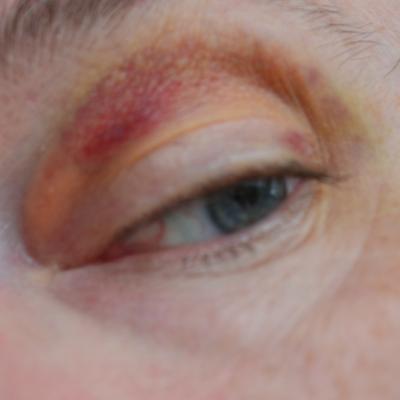 I lost the dark red-black color around the eye and instead got a red-orange color. It is less obvious unless you pay attention to the eye. It is still challenging to take a photo of the eye while using the eye. 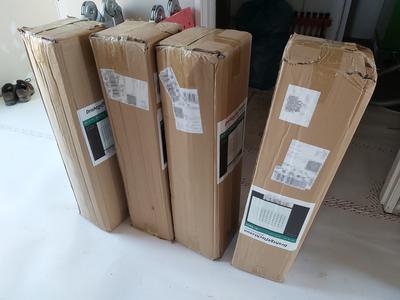 Today the sheep fence arrived. It came while I was at work in the office. It was four fencing packages, and each package was 18.2 kilograms, thus, 72.8 kilos. I did not feel like continuing to work on the fence this evening. It was a lovely evening, though.

DS decided to take a round with the brushcutter to clear the area where the sheep were until yesterday evening. I really liked that initiative. When cutting the grass, new grass has a chance to start growing. When the sheep come back, they will have more to eat.

Today I worked a half day at the office, and for the other half, we went shopping for a mineral lick block for the sheep. It was a warm day, so we decided to take it easy. DS went out to collect grass that he had cut with the brush cutter, but that was about it of activities outside. 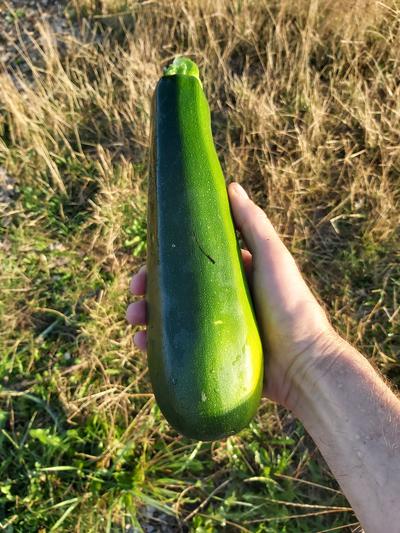 Before we left on our shopping tour, we had a look in the garden. This courgette is harvested from the Raven F1 I sowed on 13 June. It is also called zucchini. It looks adorable! 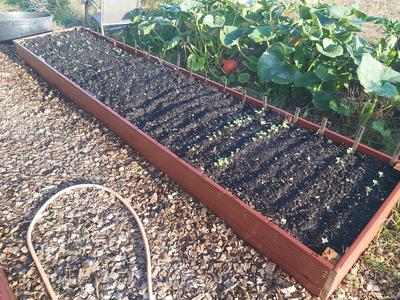 The new beds are doing fine. It is still an open question if they will do well enough into the autumn. This is the second bed. Almost all seeds have germinated. 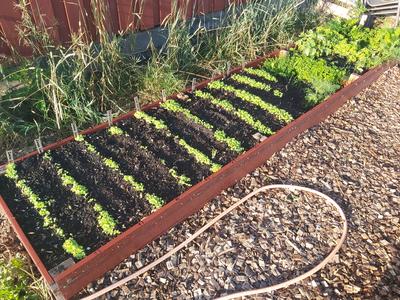 The first bed is doing really well. I decided that all carrots and radishes should be harvested. I got no new plans for those places, though. When the arugula and the loose-leaf winter lettuce are ready to be harvested, there will be a lot of salads.

In the evening, we went to neighbors to borrow a pole hammer. It is like a tube with handles that you place over the pole to hammer it down. We just need to hammer the poles a little, so I am not worried about this step. We could borrow it for several weeks. I hope we can have much done next weekend, that would be great.

It was scorching outside, but the temperature inside the house was okay. In the evening, we had a cup of coffee on the east side of the house. It had started to cool down, so it was fine. DW took the brush cutter and trimmed more of the grass in front of the house where the sheep were until last weekend. I was busy rebuilding the Crab 48 scaffold we got at the container for storing firewood. We decided to reconstruct it for drying washed clothes. We stopped working on these things before pitch dark and gave our plants water.

It felt great to do something with my hands after a day of office work. DW is frustrated that we have not commenced the work on plastering walls. I share that feeling with her, but I also see that we have the sheep now and are responsible for keeping them fed. When we got the sheep, we embarked on using the movable nets, which turned out to be slightly more work than we anticipated. Changing the strategy to a more permanent fencing method also takes time. You cannot just snap with your fingers and have 200 meters of permanent fencing installed. Not to mention it is not even enough. Oh well, we will see how it goes.

Today I worked half day from home and the other half from the office. I did so because a colleague had decided to leave, and it was his farewell ceremony this afternoon. We have a hybrid work system, and not everyone is in the office on Fridays, but I decided to go there. I thought it would be nice to go by bike. It was a long time since I commuted by bike to the office. I got two bikes, one sturdy Batavus and another lightweight Gazelle bike. Today I wanted to use the lightweight bike. I had to pump the tires. It started raining. It was just a short rainfall, so no worries, but getting wet is annoying, so I took on my rain gear and pumped the tires. 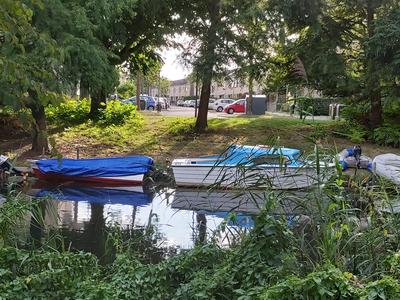 Then I biked to work. Well, I thought I biked to work because, after one kilometer, the front tire was already soft again. So I took out the little pump and started pumping the front tire with the idea that I would pump it so much I could get back to our house and get the other bike. It takes effort to pump a bike with a small portable pump. It got hot in my raingear. The pump had a special connection; you had to screw it onto the valve. I pumped, and suddenly the pump got loose, which was not supposed to be possible. The valve nipple had broken off from the wheel. Now I had a broken valve; this was not going well. I decided to get home as quickly as possible. The wheel held up until the dirt road. There I had to step off and walk with the bike; there was not enough to hold my weight.

When I returned home again, I glared at the car in the driveway. I had a broken bike and rain gear, and I was steaming hot. It was tempting to take the car, but I decided to continue the bike method but switched to the Batavus. It had stopped raining, so I took off the rain gear. Then biked to work, and all was fine. I came to work perhaps a little later than I had anticipated, but I made it.

It is funny because the route I took was suggested by Google last summer. It has taken me a bit of practice to figure out the route, but I got used to it now. This time I checked again, but now there was another route. But I did not bother.

The colleague got a lovely good buy ceremony. Then I biked home and enjoyed the evening sun. 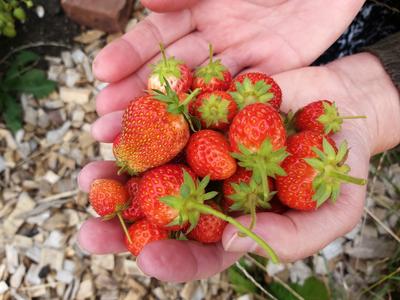 We had strawberries for breakfast! Hopefully, the last heatwave of this year gave us a handful of sweet strawberries. The rain that came yesterday was not enough. The soil has a considerable water deficit right now. Ideally, we would need a couple of millimeters of rain every night for the next ten weeks, but that will not happen. 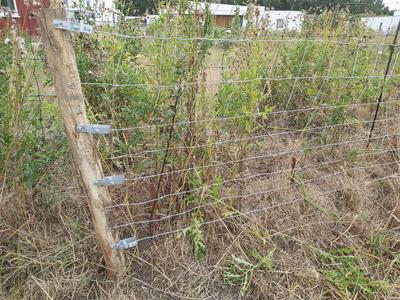 This morning I set out a goal for myself. I wanted to have the permanent sheep fence mounted before 12PM. That succeeded; 4 minutes to 12, I was finished. 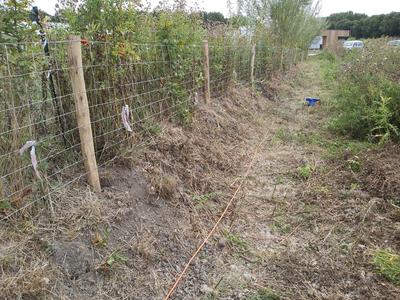 It is a pity because we walked back and forth when we mounted the fence and spoiled the eatable vegetation. After lunch, I moved the movable fence so the sheep could start grazing along this side of the property. The neighbor on the west side agreed that the sheep also grazed their border. I don't think there are many calories here, but it is suitable for a couple of days. This area now forms a long stretched patch, and the sheep used this and ran back and forth several times, spoiling more of the remaining calories. When they are done here, I think we could have them on the east side of the property.

When all the fence things were done, I had a go at clearing the area around the apple trees from thistles. This is also part of the project to improve the growth of grass. The thistles took over when we were busy selling the old house. There was simply insufficient time to work on the thistles and move simultaneously.

In the evening, DD came home. 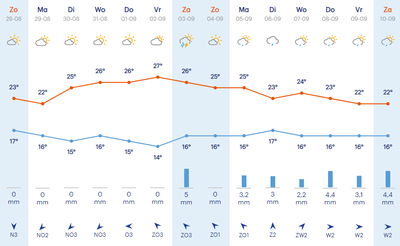 Perhaps the rain will come next week. We had seen forecasts before where the moisture evaporated before our eyes. With so many days of rain, some of this must come to us and fall over our property.

I found a graph at meteoblue.com comparing the precipitation in this region over the last 12 months. The black bar is the precipitation, and there is a dotted line for August because we are currently in that month. July came close to zero millimeters of precipitation. Dark blue shows the 30 years range of maximum amounts, and light blue shows the 30 years range of minimum amounts. In July, we received less than the 30-year minimum range. That is not good at all. In August, the spread is more significant, so there have been arid years before. A December and July, it should always rain a little. June was good, though. In the last 12 months, we have reached the minimum light blue a lot more often than the maximum dark blue. At meteoblue.com, they also have graphs of trends, and it does not look like it is getting worse over time in this area.

I will return to this subject next week to see if it comes true. That will be interesting. 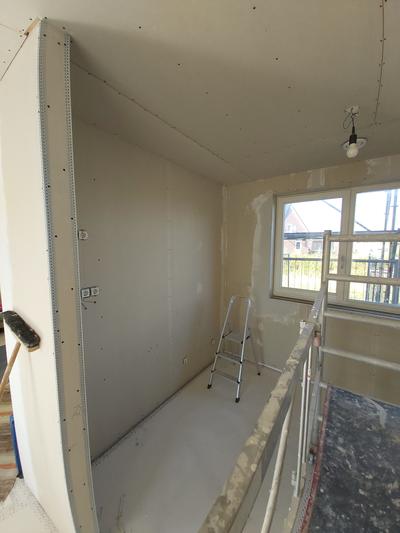 I am back at plastering! We moved out the kitchen supplies and the cupboard with the microwave oven, so now I can work on the west and north walls of the kitchen. The first thing I did was reinforce the corners with metal brackets. Then I put up scrim tape for the seams.

It feels good to start up the plastering project again. It has been lying idle since May this year. It is incredible how fast time goes. Now we are preparing for the new kitchen to be installed correctly, whenever that is. We think it will happen in December, but it is not clear.

DW worked on clearing out the patch where the sheep had been. Cutting the remaining grass with the brush cutter is an enormous task.

This week we put up the 50 meters of sheep fence net at the southwest border of the property. I started plastering the kitchen. That are good milestones for a week. 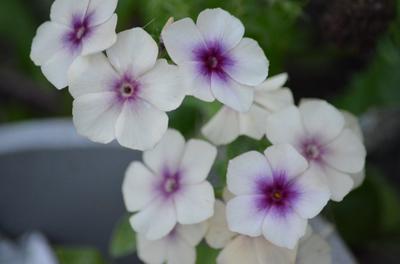 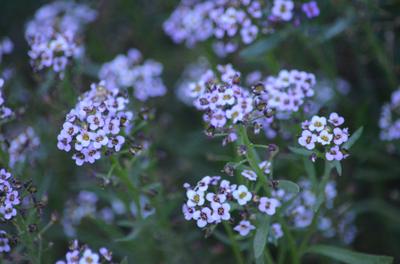 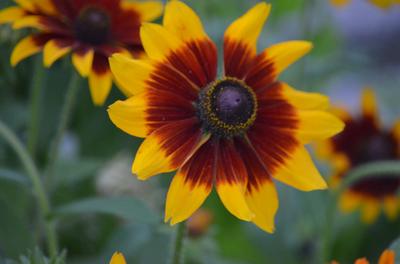