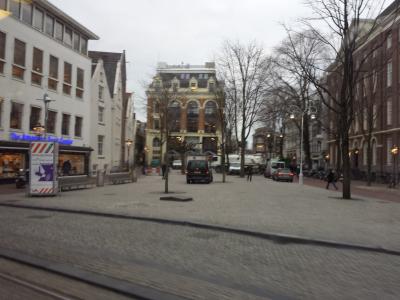 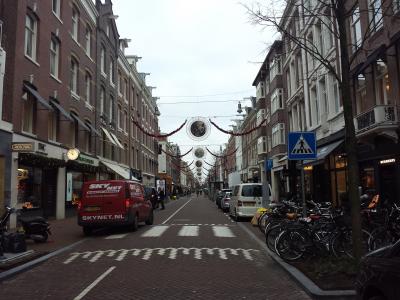 It is Wednesday 6 December 2017 and this is the second time I am commuting to Amsterdam for work. It is overcast today but it is not raining so that is good. It has been much-wet weather lately.

Today is the last day that the painter is working at my house. Then my house is ready for a couple of years. “It is good to go” except houses don´t go.

Yesterday I finished assembling my first electronic coaster. I planned to make two and the first is finished. There are issues with the design. There is not enough room for the Arduino Nano board. It had been good if I had thinner shrink tubes and a smaller precision side cutter. I think I will those before I assemble the next coaster.

I am sitting on a train stopping at all stations. I missed the luxurious intercity service train. At every station, people are coming and going and of course, a really tall typical Dutch guy had to sit in front of me and his knees almost meet the seat I am sitting on. He needs to spread his legs on each side of me. This is not awkward at all. This is totally normal in the Netherlands. It is the tallest nation on the planet and they make the trains for midget foreigners. The Dutch themselves cannot sit normally in their own trains.

Back to my coaster. I also want to look into the temperature sensor holder. Perhaps I can design it so that is a little more reliable and easy to assemble. The sensor holder was the most frustrating part to assemble. It had too little space for the pins. When I designed it I had designed it for no insulation between the pins but when I put it together I changed my mind and added a tube to the middle pin. Then there was too little space. I could solve that by boring out the hole a little. Ideally, the holder should have separate channels for the pins already in the design.

The entire design is a little too shallow. I think it would be better to make it a tad higher so that the temperature sensor can have a little more space and also space for the cables. Also, I had to introduce isolation between the spring and the cable under the holder so that made it higher as well. If the design incorporates isolation then I can win height there. To be followed.

I am almost in Amsterdam now. The tall man works at a local government in housing management and maintenance. Talking property buy and sell strategies to a colleague. The colleague is very impressed with the tall man's strategy talk.

Now I am on my way home. I got on the luxurious intercity service train to Almere so this feels good.

I brought with me the electronic coaster and it behaved well apart from that that the driver was not installed on the computer where I could work. I had the idea that the driver was always installed but that is not true. This was slightly disappointing. This was the first time I searched for the driver and it was found and could be installed and it worked but next time I wanted to demonstrate it the driver had given up on working. Nevertheless, the coaster idea was well received. It is so nice to see how people get enthusiastic about an idea.

On the way home I experimented with making panorama photos from the window of a riding tram. A nice idea but it did not work out properly.

My colleagues had plenty of ideas for improvements to the coaster. For example, a stand-alone version working on battery. Another idea was some kind of audit buttons that you could enter feedback into the coaster about if the drinking temperature was too hot or too cold compared to the given temperature and that the coaster then would adjust the levels based on that input.

That is it for today. No more blogging today.