Eight buckets of TopFinish in the hall

This week we were social. The days of staying home as we did during the height of the pandemic seem to be over. I plastered eight buckets of TopFinish this week.

Both worked from the office today. In the evening, I was resting from DIY. I cooked chili cin carne for dinner. After dinner, I worked on the new song. I am writing extensively about the song in another blog, not yet been published. My goal was to finish the song before Friday because we were going to a party, and I could play the song for the crowd. 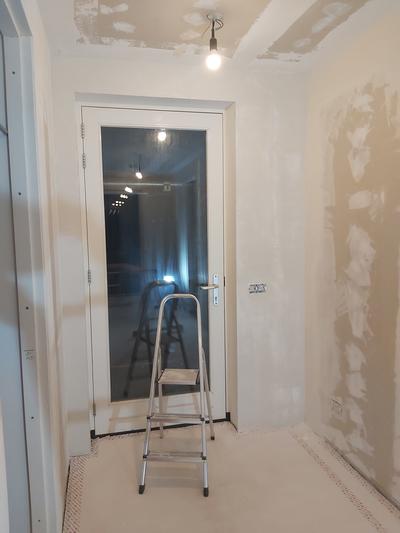 Worked from home today. I made sure I could stop work precisely on time, and then I spoiled no time but started immediately to mix a bucket of TopFinish. I worked on the north wall of the north hall. There are a lot of angles around the door, and you need to plaster each surface separately, and then when cured, the adjacent surfaces can be done, so that will take some time to finish that wall. 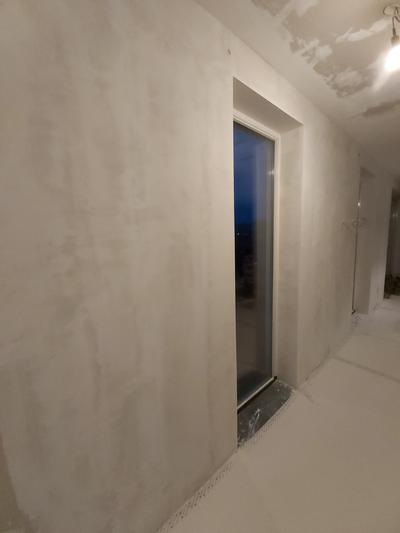 When he left, I plastered three buckets of TopFinish. I also went to the hardware store and bought three more bags of TopFinish. Today I worked on the south wall. There I applied the second layer of TopFinish. Here I decided to go over the whole surface to avoid small separate plaster patches. This part of the south wall is ready to be painted.

Worked from the office today, then DW and I went to the Hague for an architecture presentation. Our daughter had attended a course at the uni about repurposing existing culturally significant buildings into new functions. It sounds like a beneficial course to me. The assignment was to change the former US embassy in the Hague into a dual museum for Escher art and contemporary art museum West. The building is designed by Marcel Breuer from 1956 until 1959. Eight students were selected to come to the museum and present their concepts to a panel of two architects, a person from the municipality, a researcher on Marcel Breuer, and a representative from one of the museums.

Today I worked from the office. After work, DW and I went to a party in the evening. I played version 11 of my song at the party to the crowd. It was received well. 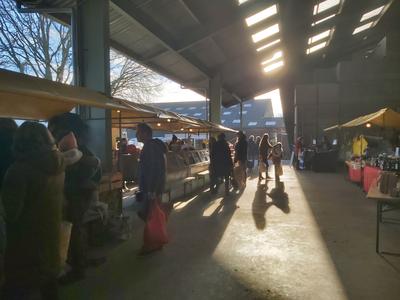 We started this morning by going to the farmers' market. When going here to buy vegetables, we bring home considerably less packaging plastic. Plastic is made from oil and contributes to CO2 emissions, so if we can avoid it, it is better for the planet. It was a bit chilly at the market, but the rays of sun that trickled down to the floor were delightful. 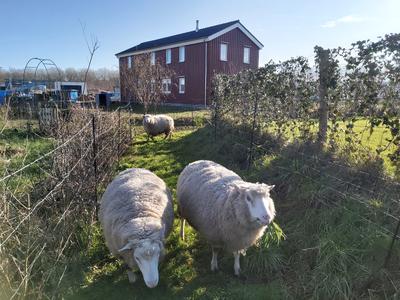 We moved the sheep fence a little when we came home from the market. Previously the sheep's area went all the way on the southwest side of the property towards the road. We changed it to reach out between the two neighbors on the northwest side.

After moving the fenced area, we pruned two branches of the dragon's claw willow (Salix matsudana 'Tortuosa'). In Dutch, it is called "Kronkel wilg" referring to its contorted branches. Due to the custom of taking branches from the tree and decorating them at easter time, it is also called easter willow. Our dragon's claw grows on the northwest corner of our property. Now it has a chance of growing taller.

DW sowed a sheep mix of grass seeds in the area where they had previously been grazing. I removed rubble along the road and repaired some barrier tape. It was such nice weather.

After the outdoor activities, we went inside. I plastered two buckets of TopFinish. All walls in the hall now got a first layer of TopFinish. Most of the south wall has a second layer of TopFinish. For the sake of chronological order, I am now supposed to apply a first layer of TopFinish to the ceiling. It would have been nice if we had the scaffold, but it was returned to the owner. I will see if I can work with our foldable ladder. It can be folded into a bench form, and there are platform plates for it, but I don't know how convenient it is to work with. I am afraid it is not handy at all. That the height is too high and the platform too small. The whole construction is too heavy to move around quickly.

In the morning, I created an account at DistroKid. It is happening; I will release my song. I write more about this in my separate blog I write about the song.

Today it was a grey day. It drizzled a little from the sky throughout the day. Our solar panels peaked at 300 watts. I worked on the ceiling and managed to plaster two buckets of TopFinish. It was indeed a little less convenient to work without the scaffold. Either I used our small ladder, slightly too short, or I stood on the tall foldable ladder workbench. The benefit of the ladder workbench was that I could take one step backward and along the edge of the ceiling, which made a more significant difference compared to standing on a little ladder platform.

After lunch, we went to DWs parents, the PALs. They were fine. We chatted about what was going on at their place and our place. Apparently, the public library in their village is a literal lethal trap for older ladies, especially the entrance door. MIL went to the library and got stuck with her Rollator in the door opening. This was a regular door that could open by pushing a button. The thing here was that she got stuck with the Rollator in the door opening while the door was open, and when the time was up for the door mechanism, it shut the door and smacked this little lady in the back, she fell over, and there were also the Rollator and all was a mess. She did not break anything but got a couple of bruised ribs. It will take several weeks before her ribs stop hurting. She has problems breathing, but sleeping is the worst because she likes to sleep on the left side where the ribs are bruised, and she cannot stop doing that. This lady and change habits are not compatible. It is what it is. Luckily MIL has no pain from laughing and sneezing.

Here ends this week's blog. We have been social this week, and there is progress in the plaster project. 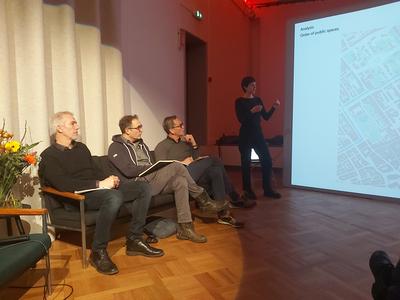 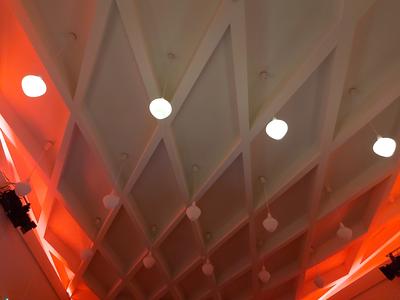 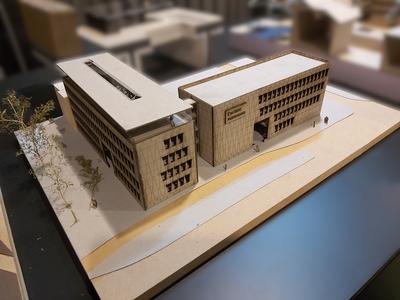 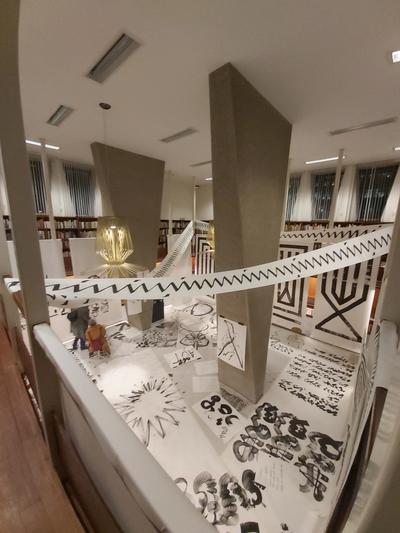 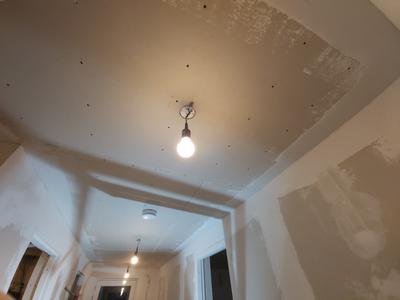 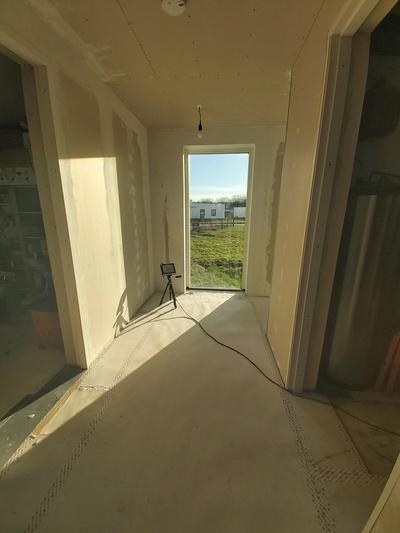 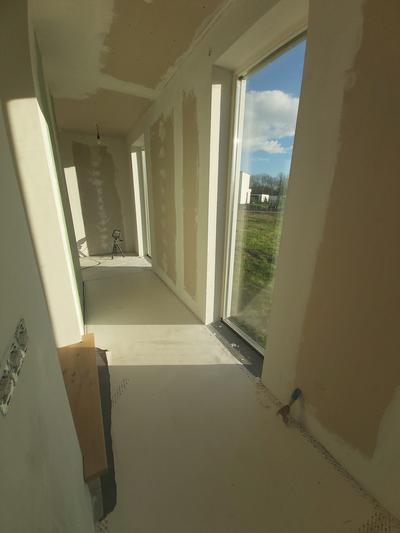 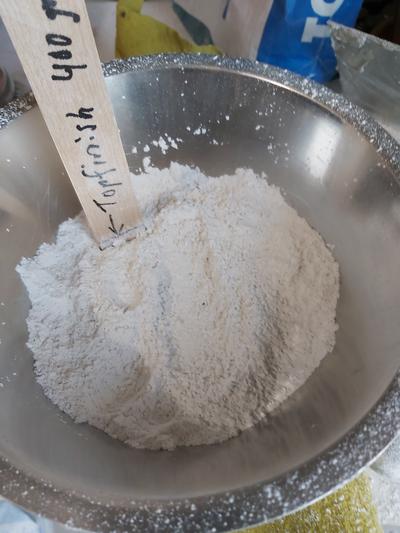 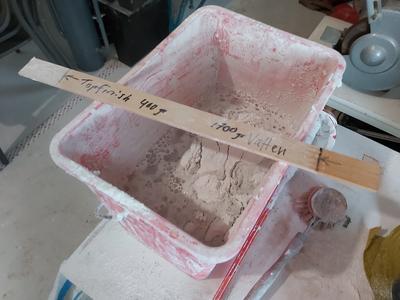 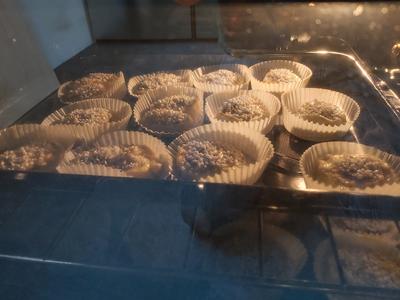 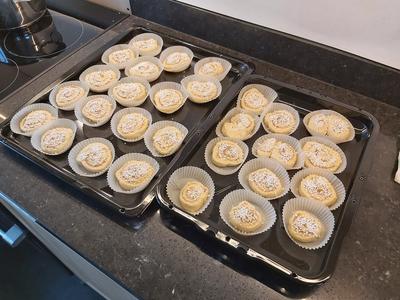